In the Summer of 1978, Scottish Opera headed down to the South of France to perform Purcell’s Dido and Aeneas at the Aix-en-Provence Festival, in a production conducted by Charles Mackerras and directed by John Copley, and with Dame Janet Baker in the central role of Dido.

STV captured preparations and rehearsals for the performances in Another Opening, Another Show: watch this compelling behind-the-scenes documentary below in an exclusive screening from the STV archive. Further down, Dame Janet Baker herself recalls the joys – and the stresses – of performing Purcell’s tragic heroine.

With thanks to STV Studios

Another Opening, Another Show, STV 1978

Purcell’s Dido is just one of many iconic roles that Dame Janet Baker performed with Scottish Opera. Here, she looks back on the sultry heat and buzzing insects of the open-air performances in Aix-en-Provence, as well as her enduring relationship with the Company

Your performance of Purcell’s Dido and Aeneas with Scottish Opera at the Aix-en-Provence Festival took place more than 40 years ago, way back in 1978 – do you still have memories of the experience?

It was indeed a long time ago, but I do still remember it, although only in bits and pieces. As far as I remember, the situation in general was one of quite a lot of anxiety, because I think the production was put on at quite short notice. It seemed that when I arrived, it was being put together quite quickly – which was unusual, because opera is usually planned carefully so far in advance. 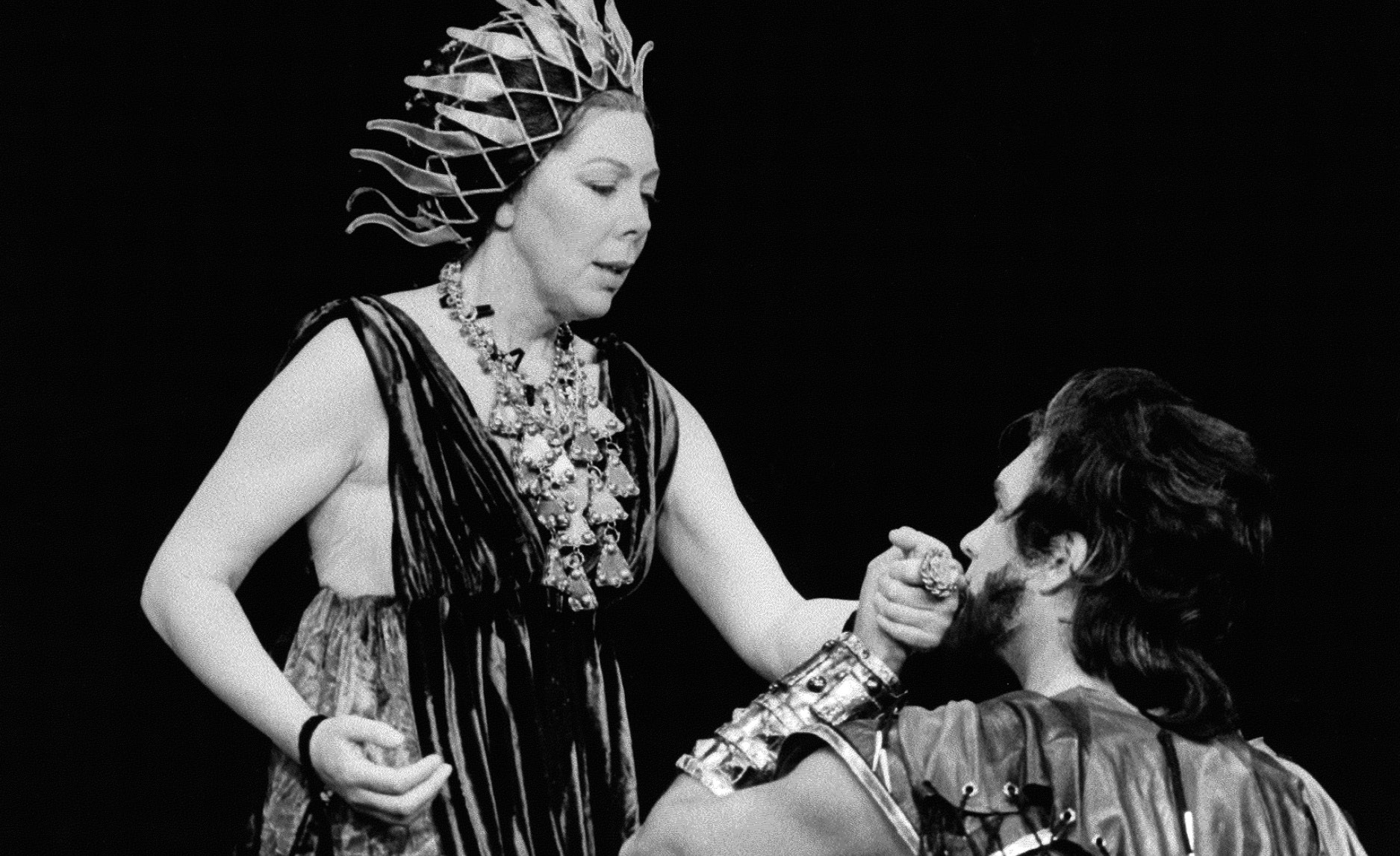 The Festival’s Director at the time, Bernard Lefort, remarks in the STV documentary that you generally preferred not to perform abroad, but that he’d managed to persuade you to perform in Aix. Is that your own memory of how things were?

That’s absolute nonsense, of course! I didn’t tend to perform opera abroad, because generally you’d be in a theatre preparing a production for weeks on end, and I didn’t want to spend my life in opera houses around the world for that length of time. I stuck to the British Isles, which was very important to me – and actually, I think I had a much nicer time as a result. But I still performed all over the world, and those were performances that I was specifically asked to do, and which I could arrange well ahead of time, and which didn’t require me to spend weeks and weeks away from home. I think he was being a bit imaginative in what he said!

What are your memories of the Aix performances themselves?

My overriding memory is of the heat. Being a Yorkshire girl, I’m not very good in hot weather. The heat gets to me. And the insects do, too. If I ever go to the South of France, I get bitten in the first five minutes. The Aix performances were quite late at night, later than we were used to, and of course the biting insects come out at just that time. But having said that, the general atmosphere was one of great excitement because we were all working abroad in a wonderful place and at a famous festival, and the Company was – and still is – such a friendly one, with good colleagues I knew well.

The venue for the performances – the Théâtre de l’Archevêché in Aix – is an unusual one, an open-air courtyard of a former archbishop’s palace that’s been converted into a theatre. What are your memories of performing there?

It was a wonderful space, with a very special atmosphere all of its own. But since it was open-air, I remember things flying around in the air. I’d done recitals late at night in other countries like Spain, and I was frightened to death to open my mouth in case something flew in! But fortunately, there were no incidents like that. 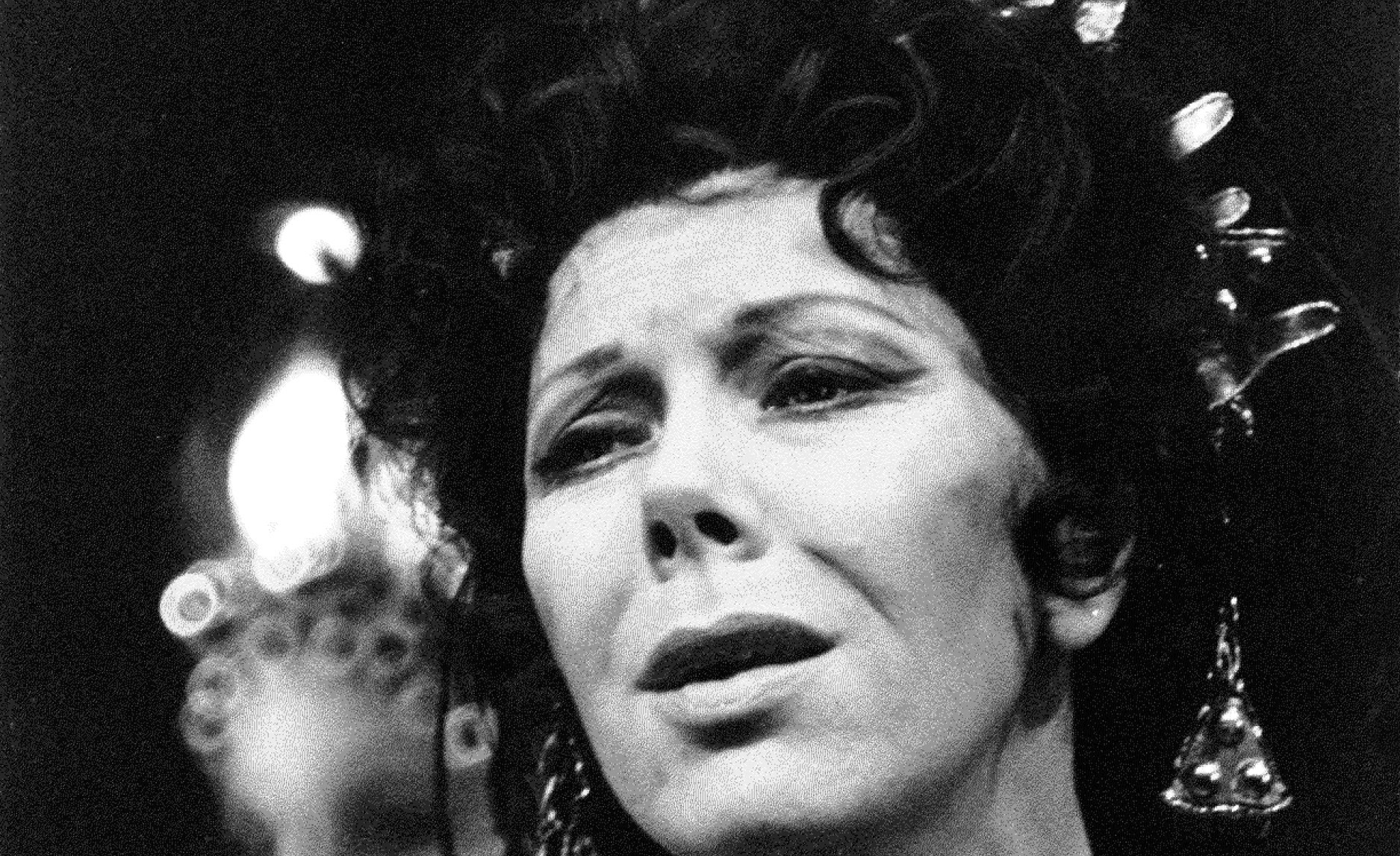 You sang Purcell’s Dido several times during your career, and also Berlioz’s very different role of Dido in The Trojans, which you performed with Scottish Opera in 1969 and again in 1972. How would you compare those two roles?

I think I’d describe Purcell’s Dido as a perfect miniature, while Berlioz’s is a full oil painting, in length and in depth. I sang Purcell’s Dido from time to time in other places, often as a concert piece because of the opera’s length. I did it at Glyndebourne, and also at Aldeburgh. And it was one of my earliest recordings, too, with conductor Anthony Lewis, and it’s a recording that I remember very dearly. But of course performing Berlioz’s Dido with Scottish Opera was one of the big events in my life, and also one of the historic performances of Scottish Opera’s own early life. It’s one of the repertoire’s great mezzo roles, and there are not all that many of those. You have time to develop the character of Dido, and there’s much more for the character to do. The Purcell role is exquisite, and very beautiful to sing, but the Berlioz role is a different matter altogether. But it was a privilege to have the opportunity to sing both of them during my career.

Do you think you changed your perspective on Purcell’s Dido during your career?

It’s an interesting question, because in a long career, you do find yourself doing roles over and over again, and they change according to the conductor and director, and according to thoughts you’ve had yourself since you performed them previously. But mostly I think I didn’t change my ideas about Dido. It was more of a case of the circumstances surrounding the role, what kind of production it was, and what style the conductor wanted. For example, Charles Mackerras’s way of doing Handel and Purcell was extremely precise, and very different from that of some other conductors. It’s a bit like the Beethoven symphonies: some conductors prefer small orchestras, and others prefer big symphony orchestras, both of which are entirely relevant, I think. It’s good to have those different perspectives on the music.

You’ve spoken in the past about remembering the stresses and anxieties of performance alongside the joys and triumphs of performing itself. How do you feel about recalling past performances like this?

I look back now with a great deal more personal pleasure than I used to, because at the times of the performances themselves, the experience is bound up with all the difficulties and nervousness, dealing with difficult acoustics, and the traumas that all musicians go through. At the time, the stress was very mixed, and also sometimes hard to cope with. Now, if I go to the opera, or even listen to a recording of myself, it’s a very much more relaxed and pleasurable experience – although I do sit criticising myself, too! I just think how terribly lucky I’ve been to be given so many opportunities to sing wonderful pieces of music. The repertoire I was able to perform in many places over the years was so varied, and to have those kinds of memories to look back on – a very rich store of memories of different types of music – I feel I’m very lucky indeed.

You’ve had a long and very warm relationship with Scottish Opera. How important has that contact been to you?

Scottish Opera is very special to me, for many reasons. The first time I performed with the Company, it was very early on, not long after it had been formed. I’d listened to it on the radio, and I was very struck by the quality. I thought: I’d really like to sing opera with them. And eventually I did, in Così fan tutte. I remember there were quite a few conversations about whether the role was suitable for me, because it’s light-hearted and comic, and it wasn’t the sort of role I was known for at the time. I think people were a bit worried that I didn’t have a sense of humour! But Alex Gibson and the director Anthony Besch, both of whom I knew very well – in fact I’d done a lot of concert work with Alex – both told me I’d be okay, so I was very happy to do it. In the end, it was one of the most marvellous experiences of my life. I last came up to Scotland in September last year, to meet the Dame Janet Baker Circle of supporters. I had the opportunity to speak to members of the Circle, a lot of whom remembered me and the roles I’d performed in Scotland. To meet old friends like that is absolutely incredible, as it is to revive old memories with people who were actually there – we’re all quite old now, you see! But my relationship with Scottish Opera was always very strong indeed, and remains so now.

Dame Janet has a long and very special association with Scottish Opera, giving hugely memorable performances in landmark productions since the 1960s. In 2007 we were thrilled that she put her name to the Dame Janet Baker Circle – a group of supporters who have remembered Scottish Opera with a gift in their Will. Gifts in Wills support the great breadth of Scottish Opera’s activity and help to make innumerable projects and productions possible.

Members of the Circle enjoy special behind-the-scenes events with artists and, memorably, last year had the opportunity to meet Dame Janet herself at our Production Studios.

If you are considering leaving a gift in your Will to Scottish Opera (or, indeed, if you have already done so) please consider joining the Dame Janet Baker Circle. If you would like to discuss this way of supporting Scottish Opera for generations to come, please do get in contact with Nicola Smith.