COVID-19 has affected us all in different ways. But if, like many, it has impacted your long-term physical health, we want to help.

Building on a ground breaking project we first developed in 2013, this new online project, developed with support from key NHS consultants, is designed to benefit those suffering from a range of conditions affecting lung health – in particular Long Covid.

According to the Covid Symptom Study App, the condition often described as Long Covid (or Acute Covid) affects up to 1 in 20 people who suffer symptoms for longer than 4 weeks. These persisting symptoms can include a cough, breathlessness and extreme fatigue, issues with memory & concentration (sometimes referred to as brain fog), sleeplessness, joint pain, depression and anxiety.

During a series of relaxed weekly singing sessions, our team of musicians will introduce you to fun, stimulating vocal exercises and breathing techniques, as well as teaching a range of songs chosen to help strengthen your core muscles, develop breath control and improve posture.

Singing is the perfect workout for your heart, lungs - and even your brain! According to the British Lung Foundation, regular singing can have similar benefits to physiotherapy by:

Not only that, but joining a group like this can also introduce you to a network of likeminded people facing similar challenges – all in one enjoyable, sociable and rewarding experience!

Always fancied yourself as a songwriter but don’t know where to start? Want your Covid experience to leave a positive legacy? In addition to our singing sessions, you can sign up for our new online song writing workshops led by composer Gareth Williams and performance poet Martin O’Connor. Whatever your musical or lyrical style, they will introduce the tools and methods that you need to get it out of your head, and down on paper. Who knows, maybe you’ll write a masterpiece!

The songs that come out of these workshops, alongside those created by Gareth and Martin themselves, will be arranged and recorded by Scottish Opera to create a free digital resource for individuals, choirs and singing groups worldwide – The Covid Composers Songbook – as a positive musical legacy of the past 18 months.

Listen to some examples of the songs to come out of the sessions so far below:

"This song was born after an exercise where we looked at our immediate surroundings. We had been in our own homes for a long time, and so I wanted to capture the essence and details of everyone’s world. Sharon mentioned a sign that a friend gave her that she kept above her sink and would read it while doing the dishes. But of course, small domestic chores can become mountains to scale when you are feeling unwell. Sharon spoke very openly about her own situation, and we used the metaphor of the dishes to tap into universal themes." – Martin O'Connor

"This song emerged from an activity based on time. We looked at small periods of time such as a day or a week, then looked at larger periods – a year, a decade, or even youth into adulthood. We loved this repetitive mantra that Crawford created, and we paired it up with Wendy’s lines about pain. This is a good example of using different pieces of material to make a unique piece." – Martin O'Connor

"This is another group piece, that is made up of a verse from each writer. We were looking at memories, and used 'A Coral Room' by Kate Bush as our inspiration. In the song, she sings about the room being trapped in time, with objects and people that spark her memories. We used a starting line of 'I Remember' and took it form there..." — Martin O'Connor

These free sessions take place online on Zoom, and are limited to 50 participants.

The current sessions started on 26 January, and will be repeated in April 2022.

Please note that the block of sessions starting in January 2022 is now full. If you would like to register your interest for the April sessions, please email Lisa Givens, Senior Producer, on lisa.givens@scottishopera.org.uk.

The following audio and video exercises were originally created in 2013 to help patients with cystic fibrosis, but they can be used by anyone who has breathing difficulties – particularly those suffering from the effects of COVID-19 – or just to give your mental health a boost. Simply follow the instructions below.

You can find out more about the original project on the Breath Cycle website.

The exercises consist of:

These vocal exercises work your entire vocal range in a gentle way, as well as improving your musical ability, pitching and tuning. Simply listen and repeat. The exercises become more challenging as you move through them, so make sure you take your time on each one.

All exercises written by Gareth Williams.

Exercise 1
This exercise works on holding a single note in one breath. Take a deep breath in and repeat the note you hear from the vocal coach, holding for four beats.

Exercise 2
You will sing two different notes in this exercise sliding from one note to another. You should sing in one breath and feel the two notes are connected as you slide up or down.

Exercise 3
This exercise is great for working on energy and increasing the volume as you sing a repeated note on a 'la' sound. Make sure you keep the tongue relaxed during these exercises.

Exercise 4
You will be singing three different notes in each phrase. Each sequence is different, so listen and repeat carefully. Try to sing each phrase in one breath.

Exercise 5
This exercise is a bit trickier than previous exercises, so take your time when listening to each new sequence. It will improve your tuning and singing at the correct pitch. Try to keep each scale as smooth as possible and breathe when you feel you need to.

Exercise 6
An introduction into learning a new song and singing in harmony. Always repeat the main vocal coach phrases you hear. Once you're used to this song, you could try singing the higher harmony.

These videos take you through the basics of some classical singing techniques. You will work on different aspects, from posture and breathing through to singing songs.

Breath Cycle
The Breath Cycle project originally ran in 2013. Scottish Opera and Gartnavel General Hospital Cystic Fibrosis Service worked together to explore whether learning classical singing techniques, including breath control, can improve the wellbeing of cystic fibrosis patients. Due to the high risk of infection for those with cystic fibrosis, the project also explored how patients might interact safely with each other, using the internet as a means of meeting, learning and building new communities. For more information on the project, please visit the Breath Cycle website. 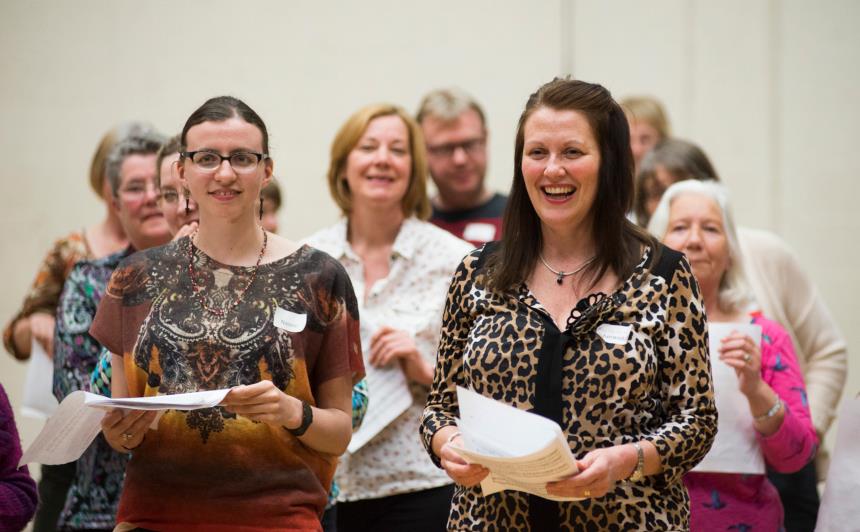 Our Community Choir meets weekly via Zoom, singing a mix of opera, classical, popular, folk and world music. Come and give it a go!

Read more about Opera On Screen 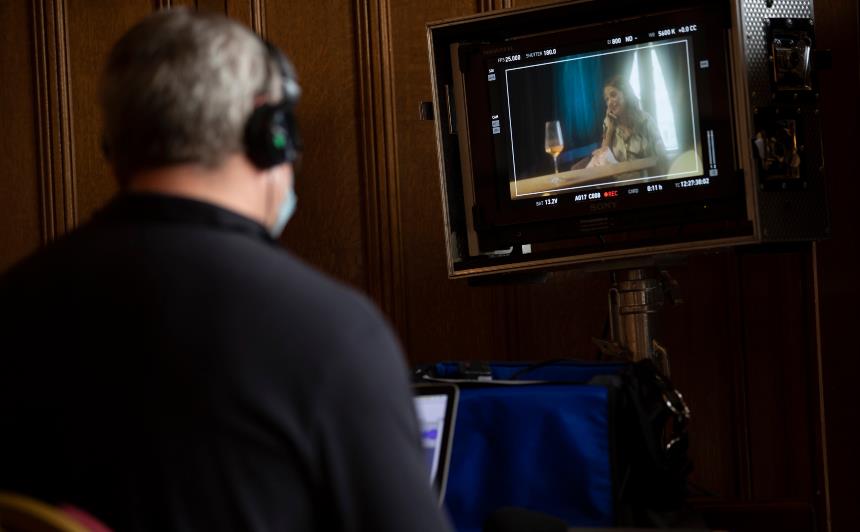 Read more about About Scottish Opera 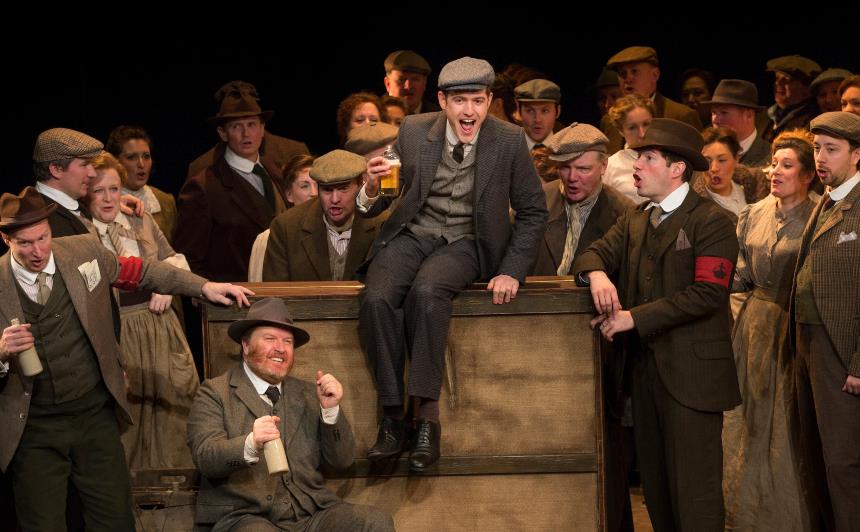 Scottish Opera was founded by Alexander Gibson in 1962 and inaugurated with a production of Madama Butterfly at the King’s Theatre in Glasgow.