The Devil Inside Shortlisted for Scottish Awards for New Music

Scottish Opera and Music Theatre Wales’s The Devil Inside is shortlisted in the Large Scale Work category of the Scottish Awards for New Music 2017.

The full-length opera, created by renowned composer Stuart MacRae and critically acclaimed novelist Louise Welsh, had its world premiere in Scotland in January 2016 before touring the UK and to Toronto, Canada.

Co-commissioned and co-produced by Scottish Opera and Music Theatre Wales, The Devil Inside continued the creative partnership of Welsh and MacRae, which began with the 15-minute opera Remembrance Day (2009), as part of Scottish Opera’s Five: 15 Operas Made in Scotland project. Their second collaboration for Scottish Opera was the South Bank Sky Arts Award-winning Ghost Patrol (2012).

The inaugural Scottish Awards for New Music aim to showcase the breadth and depth of new music activity in Scotland. Over a hundred and eighty nominations were submitted by artists, audience members and the general public. Nominations ranged from amateur musicians and emerging artists, to major organisations and household names, and covered a wide-range of new music.

In the Large Scale Work category, The Devil Inside is up against Martin Suckling’s Piano Concerto and Two Eardley Pictures: Catterline in Winter and Snow by Helen Grime.

Composer Henry McPherson, one of the winners of Scottish Opera’s Opera Sparks 2018 competition, is also shortlisted in the Recorded New Work category for Ūhte, a short Opera-Film created in conjunction with the Royal Conservatoire of Scotland, director Ray Tallan, BBC Scotland, and the BBC Scottish Symphony Orchestra with Martyn Brabbins.

Winners will be announced at an awards event in the Drygate Brewery, Glasgow, on Wednesday 8 March. 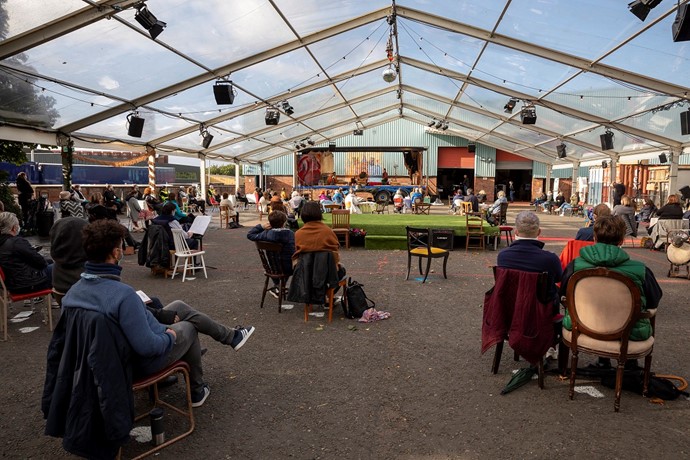