Please note this is an archived page. The information below relates to performances that took place in 2018.

BambinO is back! Fresh from sell out runs in Edinburgh and Glasgow in 2017, this magical piece of music theatre is aimed at an audience that doesn’t often get a look in at opera – babies.

Already internationally in demand, the show tours to Paris and New York this Spring before returning to Scotland in late Summer.

‘We both loved it – great performances, costumes and set. The little one was absolutely rapt!’ Audience member, 2017

Written by Scottish Opera’s acclaimed former Composer in Residence Lliam Paterson and directed by Improbable’s ever imaginative Phelim McDermott, BambinO is a twin celebration of the possibilities of music and the power of the infant imagination

BambinO Synopsis
BambinO follows a bird, called Uccellina, who discovers an egg. The egg grows to a magical size. It hatches, revealing a baby bird, called Pulcino, who takes Uccellina for his mother. He explores the world. Uccellina is initially overjoyed, though passingly annoyed at his hyperactive behaviour! The pair reconcile quickly, elated to have found each other.

A short pause for ‘Intermission Music’, representing the sounds of the opera interval.

Back to the opera. Uccellina tells Pulcino of the sky and its wonders, and that it is his destiny to fly the nest. Although saddened at the thought of being separated, they are soon caught up in the excitement of his imminent flight. Ready to take to the skies, the birds sing a final duet of farewell. Pulcino takes flight and soars among the clouds, and Uccellina ponders his journey.

Warnings and additional info: Only babies (with one accompanying adult) will be seated in the front two rows for the best enjoyment of all the little ones. Additional Adults will be seated behind.

BambinO 2018: What the audience thought

BambinO is off on its first national tour, visiting 5 venues around Scotland from 6-22 Sep. Here's a little of what audience's have made of our adorable 'baby opera'!

Composer Lliam Paterson, Director Phelim McDermott and some of our young (and even younger!) audience members share their thoughts on Scottish Opera's 'baby opera', BambinO. 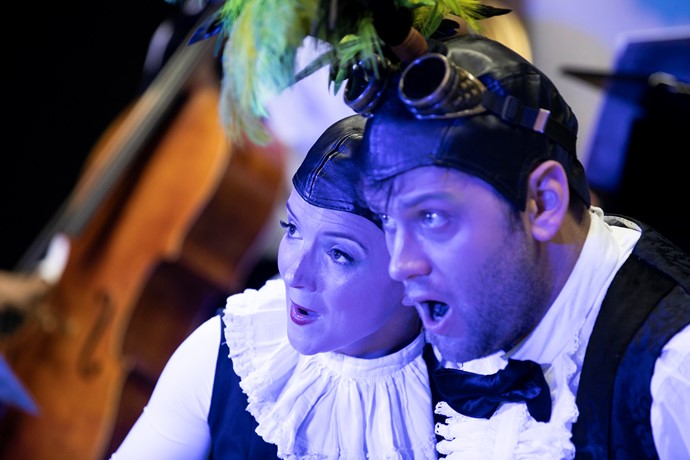 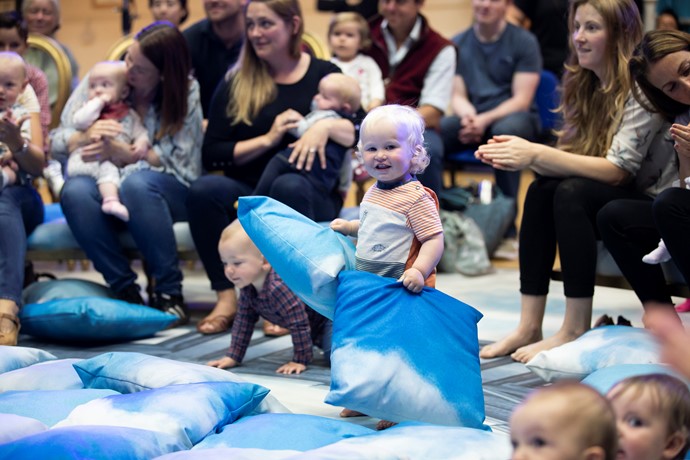 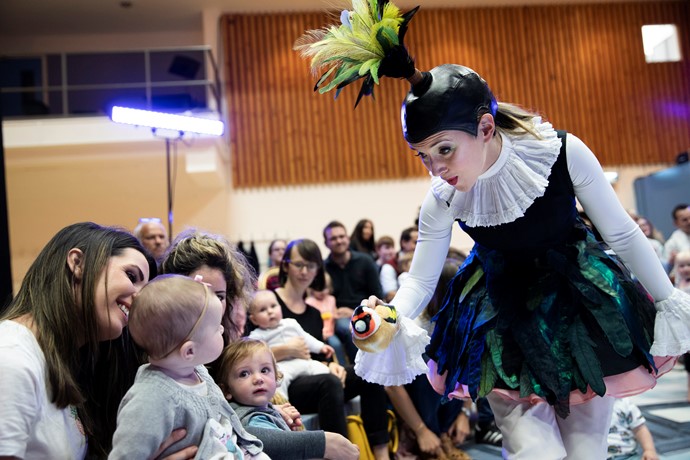 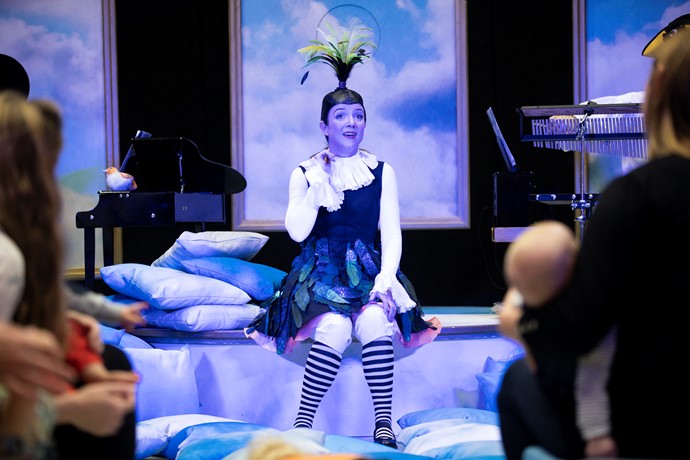 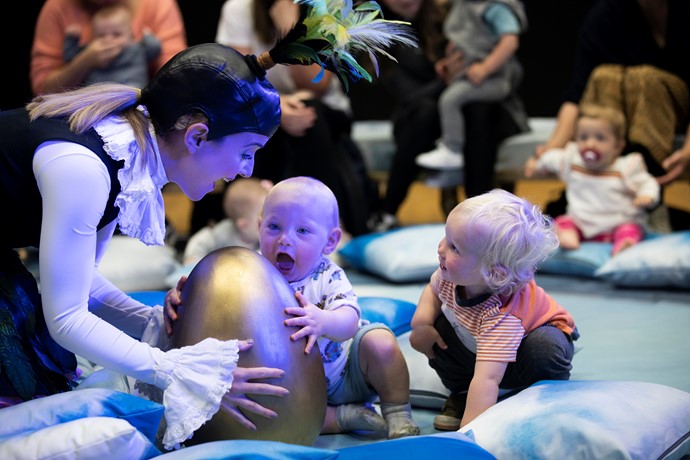 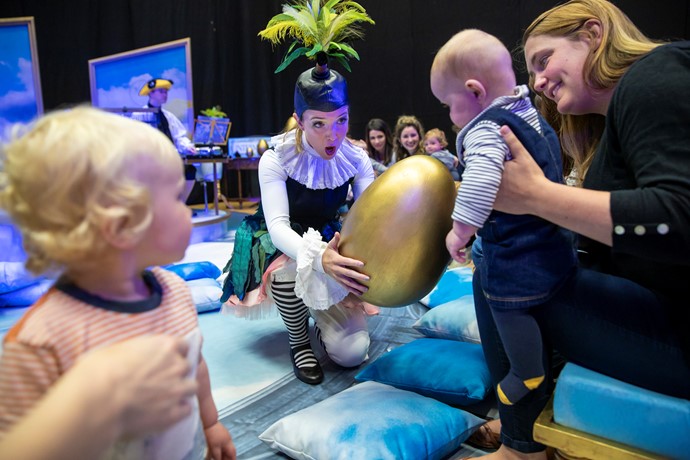 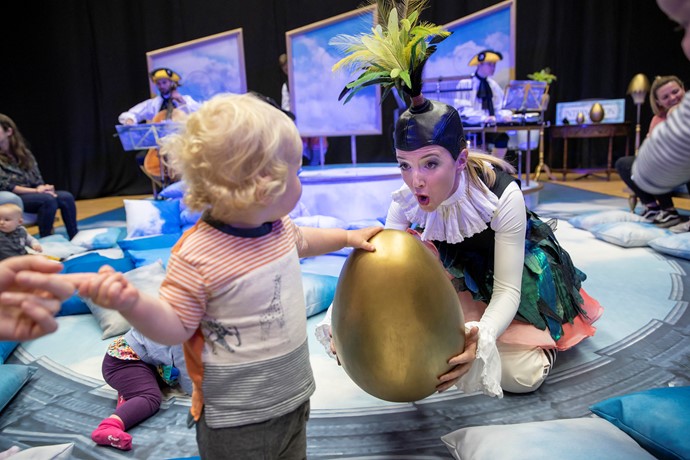 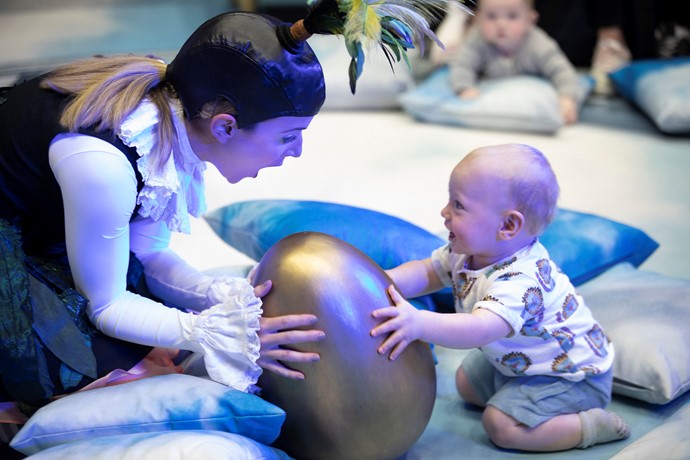 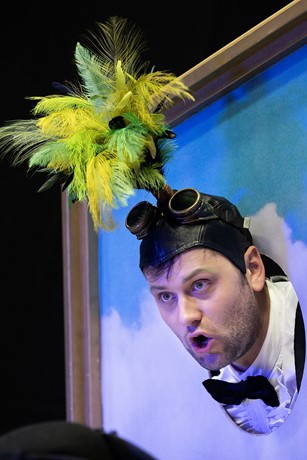 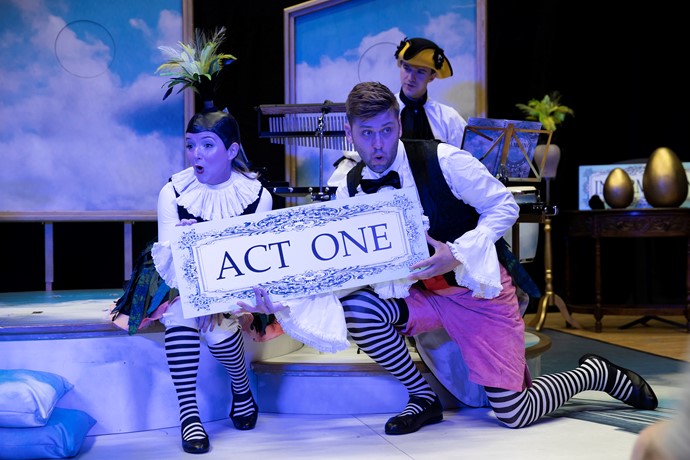 'The pay-off for an initiative like this is incalculable...rarely has innocent pleasure felt more vital.' ★★★★★ The Observer

...the joy of something like this is watching the joy in your little one’s face.' ★★★★ Manchester Evening News

Full marks to BambinO. Opera can work for babies, and maybe one day they’ll come to enjoy it as adults, too...'  ★★★★ The Arts Desk