Sunny, funny and with more ‘tra la la las’ per square inch than any other opera in the canon, The Gondoliers is a joy from start to finish.

In a flight of the satirical whimsy so typical of G&S, two happy-go-lucky gondoliers discover that one of them is, in fact, heir to the throne of a distant kingdom. True to their (adopted) Republican roots, they set off together to rule in idealistic, if somewhat chaotic, style... Director Stuart Maunder, Artistic Director at State Opera South Australia, teams up with designer Dick Bird (The Mikado 2016) to stage a production that is fast, furious and full of fun.

The Gondoliers is a glorious confection – the sunniest, most joyous of the Savoy scores, jam-packed with star roles, all unforgettable. It’s an irresistible helping of relentless joy.’ Stuart Maunder

DON'T MISS Utopia, Limited, a semi-staged performance of one of G&S' lesser-known works

The Duchess of Plaza-Toro
Sarah Pring

The Duke of Plaza-Toro
Richard Suart

If you are visually impaired, you can enjoy the full opera experience with live commentary that describes the action on stage without compromising the music. Free touch tours including the set, props and costumes are also available before the show.

Contact the box office at your local venue to book – tickets should be booked at least two weeks in advance. Discounts available. Touch tours only available to audio-description bookers. Guide dogs welcome. Find out more.

Widen your opera experience with a pre-show talk, or try an hour long taster that gives you an insight into our operas and how they are created.

Tickets for Opera Unwrapped are just £5. Pre-show talks are free but should be reserved by calling the box office at your chosen venue. Find out more.

Listen to a taster of the music from The Gondoliers on Spotify. 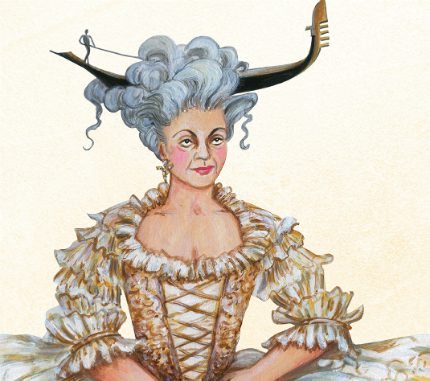 We need your help. A show of this scale needs a huge amount of preparation and skill to bring it to life. The artisans in our workshops are already hard at work – it’s a real team effort, and you can be part of it.

Lend your support to a character, costume, prop or piece of music today and help us bring this show-stopping production to the stage across Scotland and beyond.