We are excited to be taking our Pop-up Opera tour back on the road this Summer, kicking off on 3 June at Glamis Castle! Join us as we travel to iconic and unusual locations all over Scotland until 10 July including Mugdock Country Park, North Bragar on the Isle of Lewis and Perth Concert Hall.

You can enjoy outdoor shows of A Little Bit of Barber and A Little Bit of Figaro, making it an ideal opportunity for anyone new to opera to try a taster of Rossini and Mozart’s classic comedies which have been cleverly re-scored by our Head of Music, Derek Clark. These are performed alongside contemporary piece Be A Sport, Spike! with music by Karen MacIver and words by Ross Stenhouse.

Aimed at children aged 4 to 8, Be A Sport, Spike!  was originally commissioned for Festival 2018, the cultural programme for the Glasgow European Championships and tells the story of Mike ‘The Spike’ McTavish, the greatest sportsman the world has ever seen. There’s no-one who can run faster, jump higher or swim further than mega-fit Spike. But there is one thing that Spike can’t do – sing! Join Spike and his friends as he starts to exercise those vocal cords, and finds out that a little perseverance can go a long way.

The 30-minute shows are brought to life by storyteller Allan Dunn, along with singers Sarah Power, Jessica Leary and Andrew McTaggart, and cellist Andrew Drummond Huggan and guitarist Sasha Savaloni. A series of colourful illustrations help guide you through the plot.

During last year’s Pop-up Opera Roadshow there were 197 performances which attracted an audience of over 11,000, so we hope to see many of you this summer, whatever the weather!

Find out more and book your tickets here: www.scottishopera.org.uk/shows/pop-up-opera-2022/ 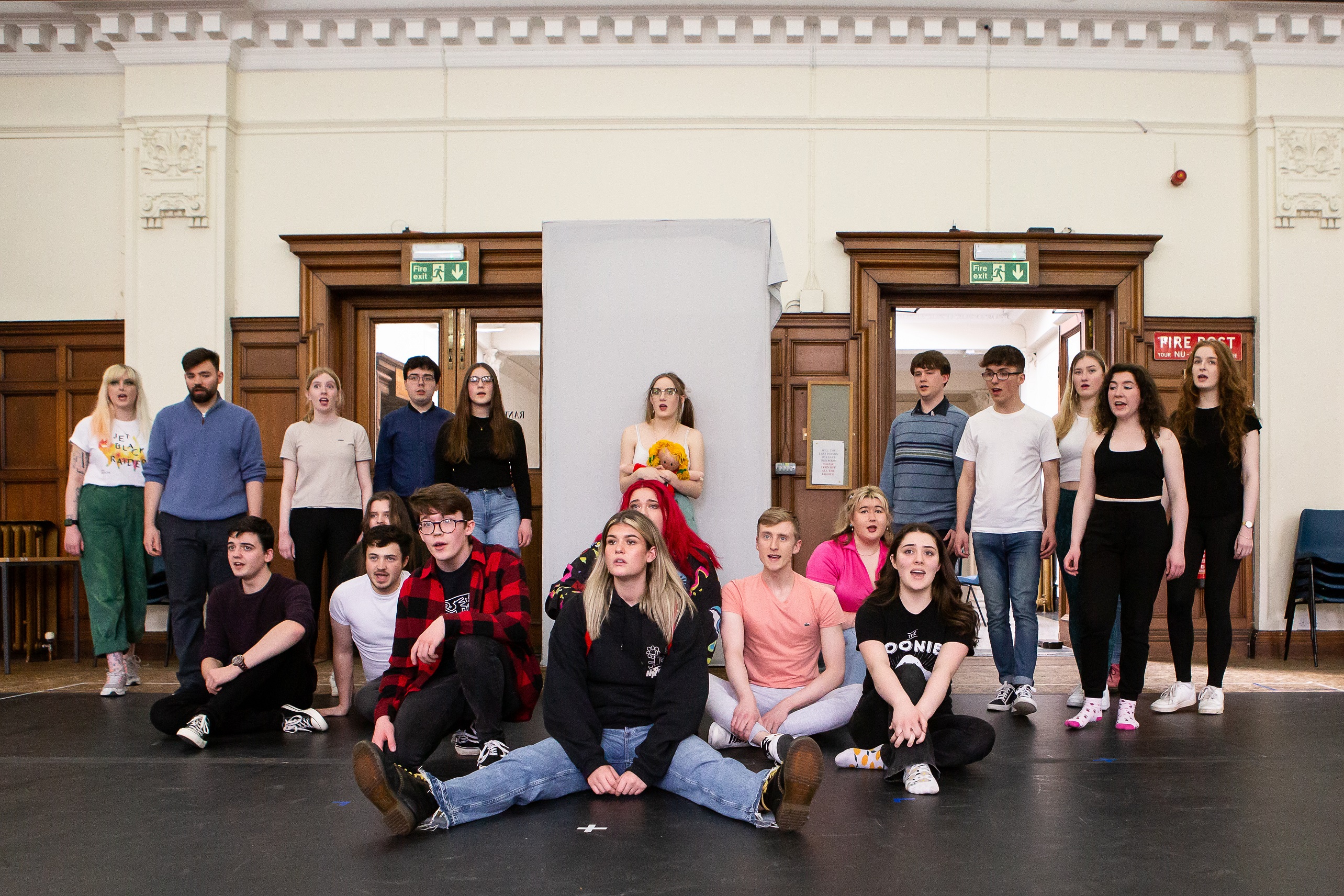